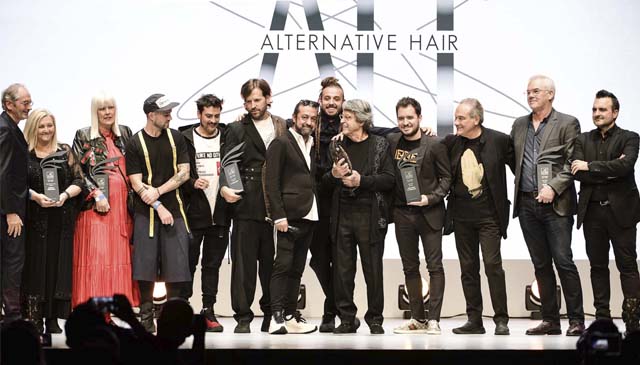 The 2019-2020 AIPP Awards Presentation was held at ExCeL, London, during one of the most internationally renowned hairdressing events in the world, Salon International.

Later that evening, the AIPP also had the grand pleasure of presenting the coveted Hair Legend Award to Raffel Pages during the Alternative Hair Show. Pages was presented the award by Roberto Pissimiglia, President of the AIPP; Tony Rizzo, Alternative Hair Founder; Anthony Mascolo, Alternative Hair President; and Sergi Bancells, AIPP General Secretary. Raffel Pages is one of the most relevant names in modern hairdressing. Born in Barcelona, he has built an empire of more than 100 salons under his name and has created the biggest and most important Museum of Hairdressing in the world: from a lock of Napoleon’s hair to medieval hair combs, Raffel Pages’ collection contains over 14,000 hair-related objects.

Award recipients were selected by the AIPP Magazine Members worldwide in recent weeks. This year participation was impressive, having received 584 entries from 34 countries. What follows now is the AIPP Grand Trophy 2019-2020, where the 5 winners of the AIPP Awards compete against each other to become the overall winner by sending in their latest collections.

The AIPP Grand Trophy 2019-2020 will be awarded next Spring 2020 in a prestigious venue yet to be confirmed.